Why I’m grateful to have a mom who travels 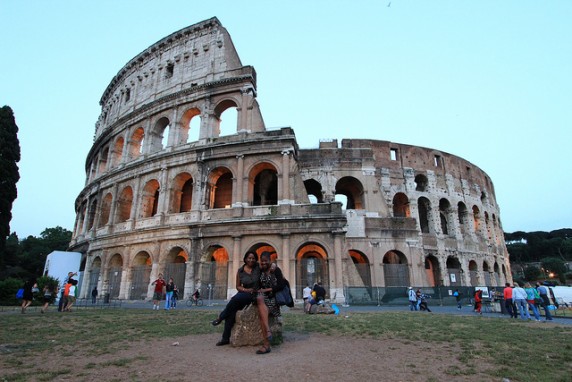 My trip to Italy with my mother makes me realize how blessed I am to have a mom who travels.

My mom is awesome.  I’ve lived in four different countries now as an expat (France, Mexico, Hong Kong, and the UK), and without fail, she always comes to visit me or is game to meet up nearby.  This is even more appreciable given her hectic corporate life and packed calendar. In 2010, she braved a 20-hour journey to visit me in Hong Kong; last year, she hopped on a plane and came to visit me in London for only 6 days.  With Liebling, we did the regular tourist rounds in the city, which included attending a West End musical and going for a traditional Sunday roast. This year, my mom opted not to come to London and instead insisted we meet up somewhere else in Europe — somewhere she hadn’t been before.  Now, when I lived in France for two years, my mom came to visit twice: the first time we met in Paris for Christmas, snuck across the Channel to London for a day, then rang in the New Year in Madrid.  The second time, despite my grandfather — her dad –having passed away unexpectedly a week prior, she put aside her grief and flew into Nice for a stay on the French Riviera.  It was then that I began to realize my mother’s strength. The sudden death of my grandpa meant that she had to change her flight details short notice, all while being up to her eyeballs in funeral prep. The change in itinerary meant that her trip was cut short by a few days.  Still, my mom rolled with the punches. The stress was real but she didn’t buckle or stutter, she didn’t miss one beat.  She arrived in France later than planned but we had a ball: we darted over to Monaco, and even managed to do a 5-day trip to Athens in Greece. As I was working at my teaching job in Nice most days, she jumped on a train by herself and visited the markets in Ventimiglia, Italy, an hour ride from the French border.  It was her first and only time in Italy. Having already sampled some of the best cities in Europe and having remembered her one day trip to the land of pasta and Versace purses, she volunteered Italy as a potential meetup spot this year.  I had been to Italy three times before and loved it, so she didn’t have to do much to twist my arm.  Last Saturday, then, she met Liebling and I in Rome.  I’ve been twice before, as has Liebling, so we brought her to all the typical tourist spots, the places we know and love.  My mom was amazed by the relics of history.  She commented that Italy was so rich and old compared to Canada, a relative toddler.  We trod the beaten path and did everything that tourists should do: had pizzas big as wall clocks in the streets near the Pantheon, devoured gelato in Piazza Navona.  I worried that my mom, rapidly approaching 60 years on this planet, would be exhausted by our quick pace (leggy Liebling’s long strides mean that it’s even difficult for me to keep up), especially after her overnight flight from Canada. But she was always there, not even one step behind.  She shocked me with her positivity and sparkle and chattiness, always asking “What’s next?” when I expected her to fold.  Always game for the next adventure. People always ask me where my curiosity and drive to explore foreign territory comes from, but it wasn’t until recently that I realized that the apple doesn’t fall far from the tree. Together, my mom and I have been to Jamaica, Cuba, the US, France, Spain, Greece, Hong Kong, England, Mexico, and now Italy; on her own she has been to many other places. I realize that my mother is a traveller.  And I am so lucky for this fact.

Have you ever travelled with your parents?  Where did you go?