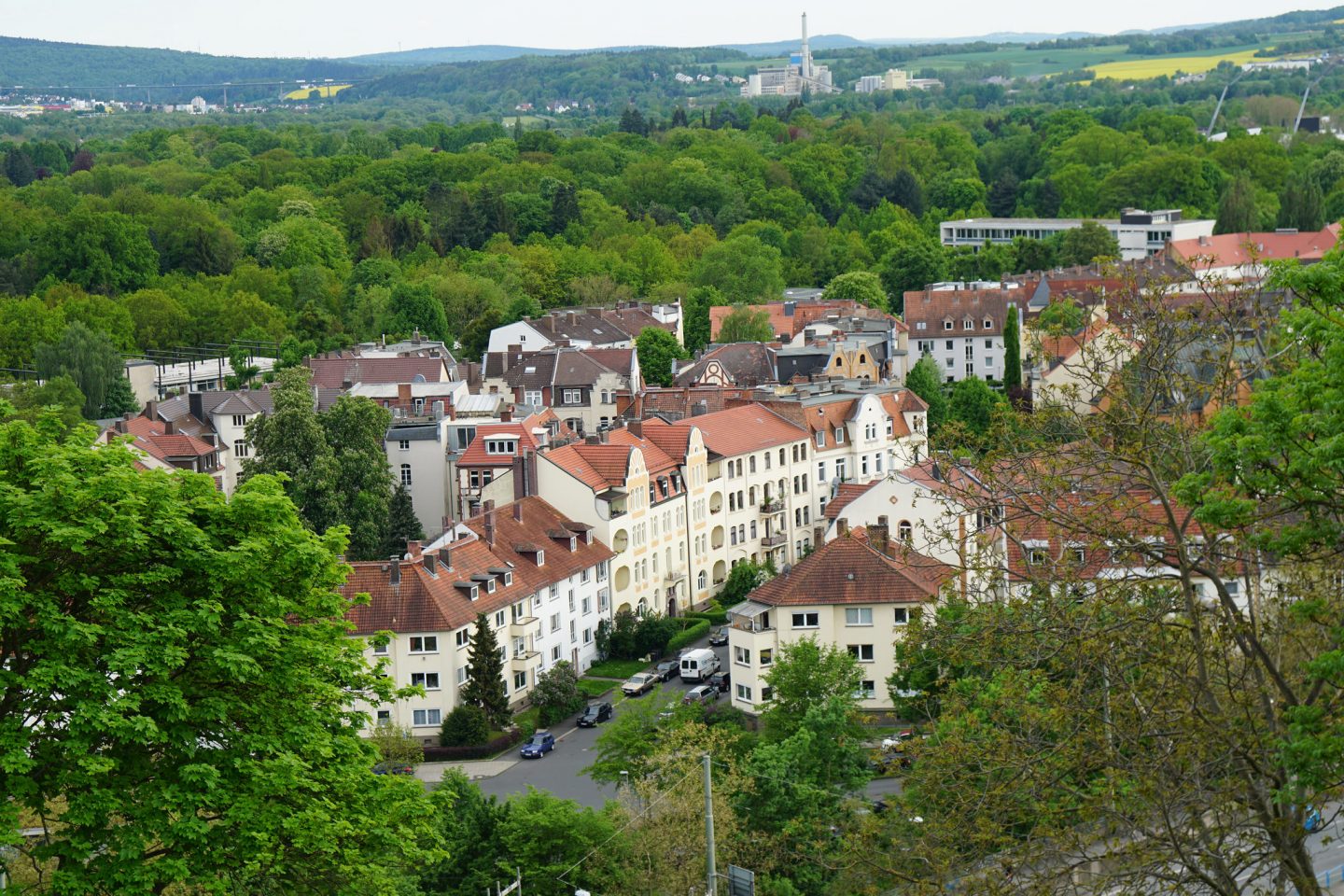 Highlights of my trip through Germany’s famous Fairy Tale Route.

If you’ve ever heard of Cinderella,  Sleeping Beauty, or Rapunzel, chances are you’re pretty familiar with the fairy tales they star in. But were you aware that the roots of these popular stories are found in Germany?  Me neither!

As it turns out, many of these fables were born on what is known as the German Fairy Tale Route, a 600km stretch of towns and villages from Hanau to Bremen. Luckily, during my recent trip to Germany on behalf of the German National Tourist Board, I had the opportunity to find out more about these stories and their origins.

My exploration of the Fairy Tale Route thus started in Kassel (which is pretty aptly named if you ask me), the largest city in the area. Covered in stretches of leafy trees and velvety lawns, Kassel is renowned for being one of the country’s greenest. The numerous castles dottingthe landscape also helped to make it easy on the eyes! 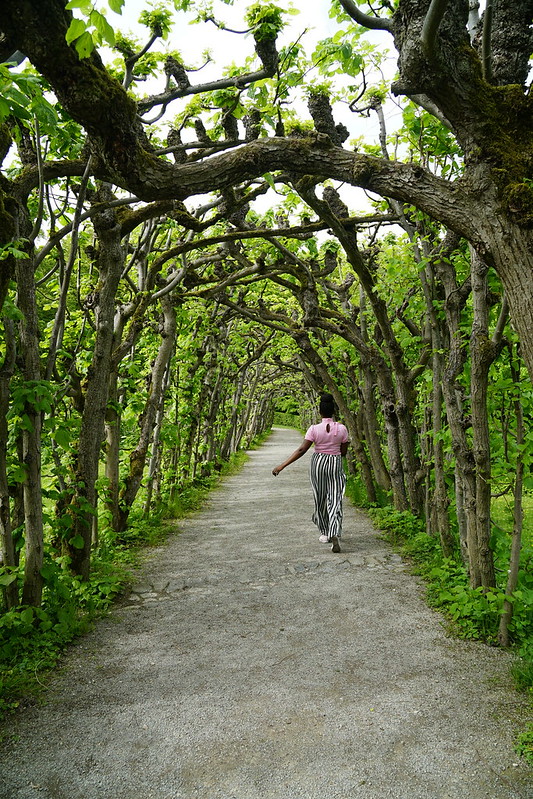 However, my primary reason for being there was to visit Grimmworld, the museum dedicated to the two brothers who penned the vast majority of these tales, noted academics Jacob and Wilhelm Grimm. 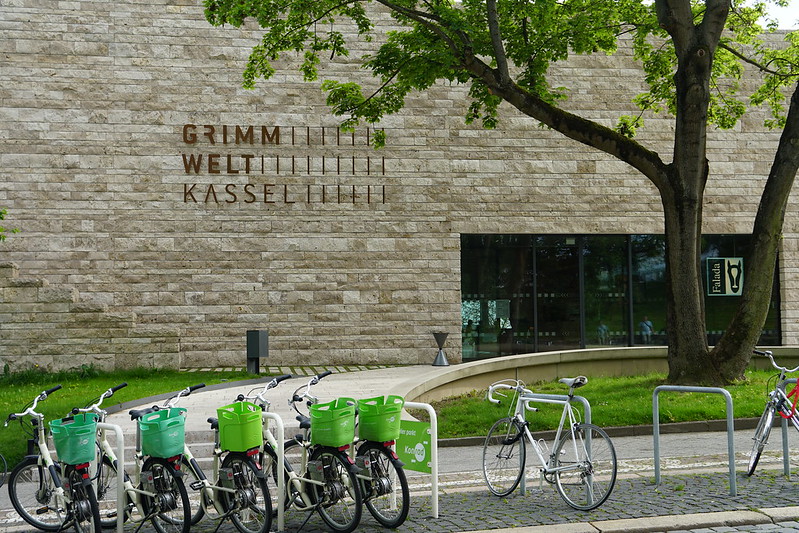 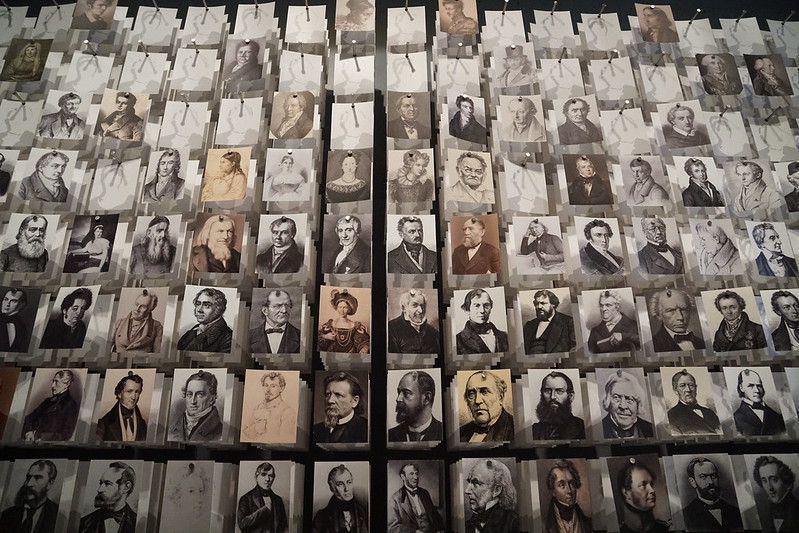 Now, anyone who knows me knows that I’m not a fan of museums at all, but this one was pretty cool, both aesthetically and informationally. It was super interesting to learn about the history and creative processes behind fairy tales like Hansel and Gretel, and I was completely dumbfounded by the fact that the two men (collectively known as the Brothers Grimm) authored nearly 200 stories in all!  It’s said that they drew their inspiration from the area and it’s really no wonder:  the forests, castles, and towers that abound in the area are both dreamy and magical!

After my brief visit to Kassel, I was whisked off to the countryside to– get this– spend the night in a real life castle (my job rocks)! Sababurg Castle is one of many found along Germany’s Fairy Tale Route and it’s just as lush as you might expect.

Thought to be the location where “Sleeping Beauty” must have taken place, its towers and comfortable, stately rooms are most definitely fit for princess to sleep in for a hundred years or more.  Even better: before retiring to my room I was treated to a sumptuous dinner as well as a performance from actors portraying Sleeping Beauty and her Prince. 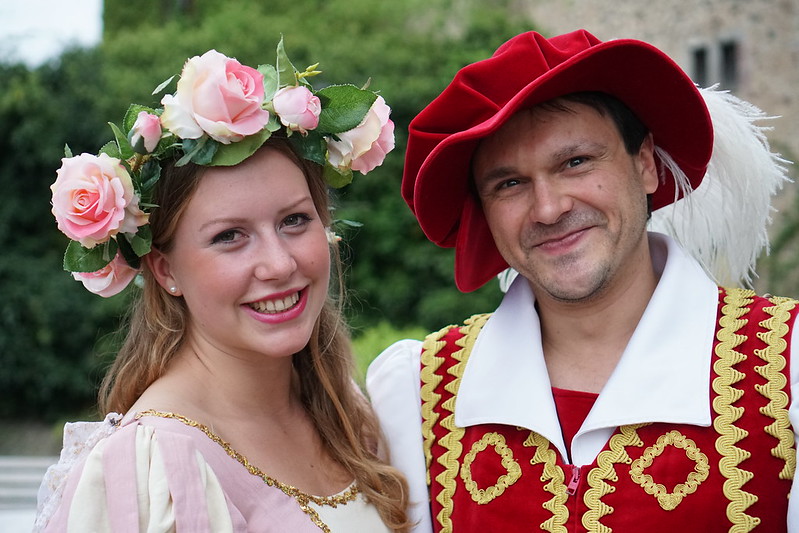 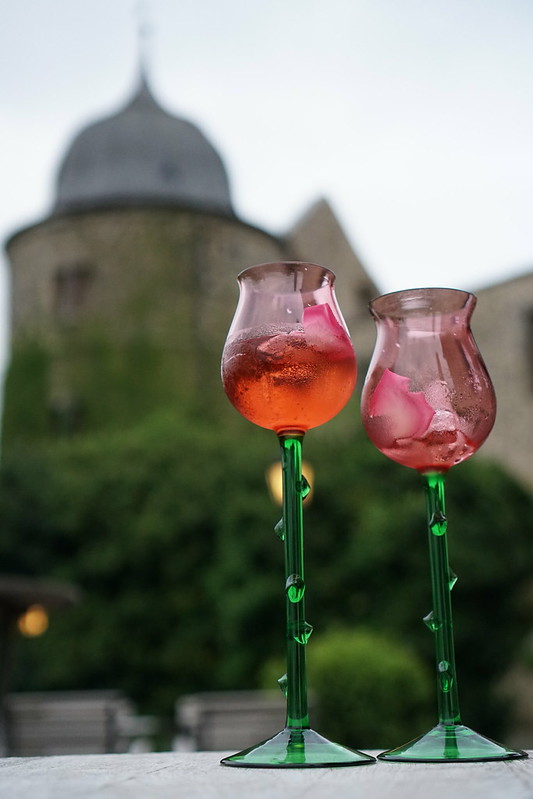 After a luxurious overnight at Sababurg, I ended my brief jaunt through Germany’s Fairy Tale Route with a visit to Hofgeismar and Alsfeld.  Hofgeismar lies in the enchanting Rheinhardswald and its claim to fame is the half-timbered houses found all throughout the large pedestrian zone.  I was accompanied here by the valiant Knight Dietrich, an enthusiastic costumed guide who is a veritable local expert.  He then shuttled me to Burg Trendelburg, the castle thought to have been the inspiration for the story of Rapunzel, before I headed to Alsfeld on my own by train. 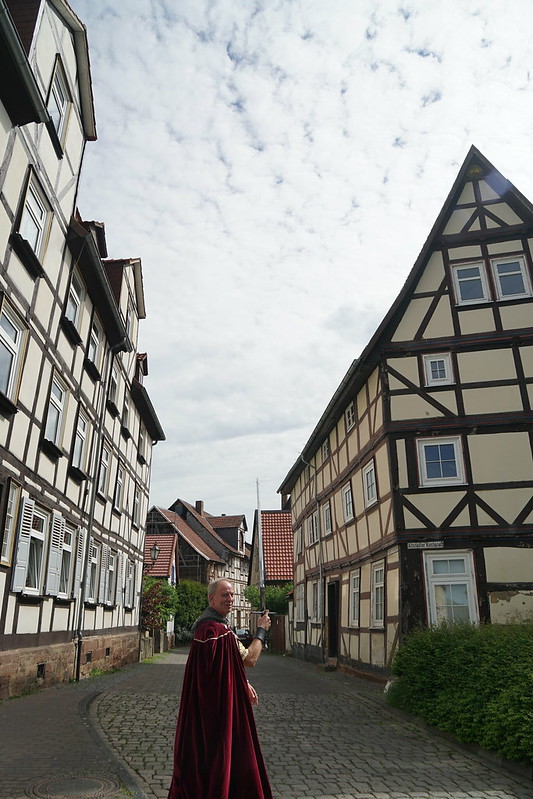 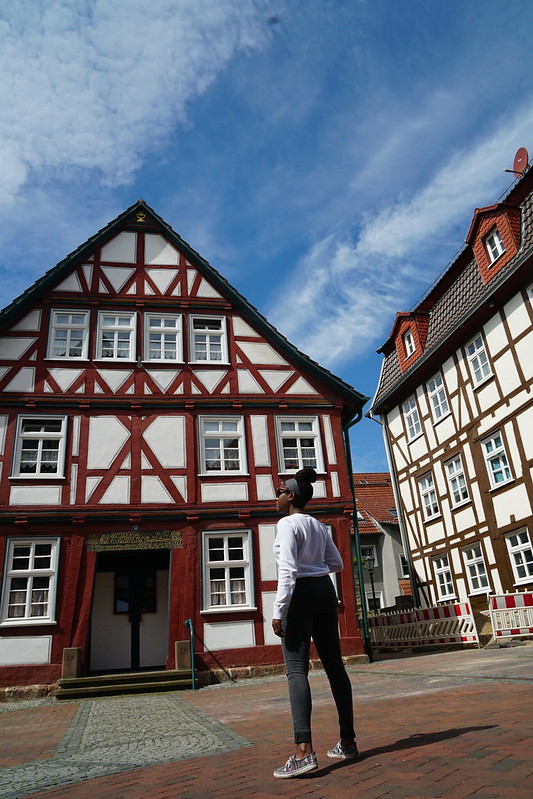 While Alsfeld is also known for its attractive half-timbered structures, a stop at the Fairy Tale Museum should also be on your list. More house than museum, it’s chock full of figurines, story books, and life size dioramas from your favourite fairy tales.  It’s cute and kitsch! 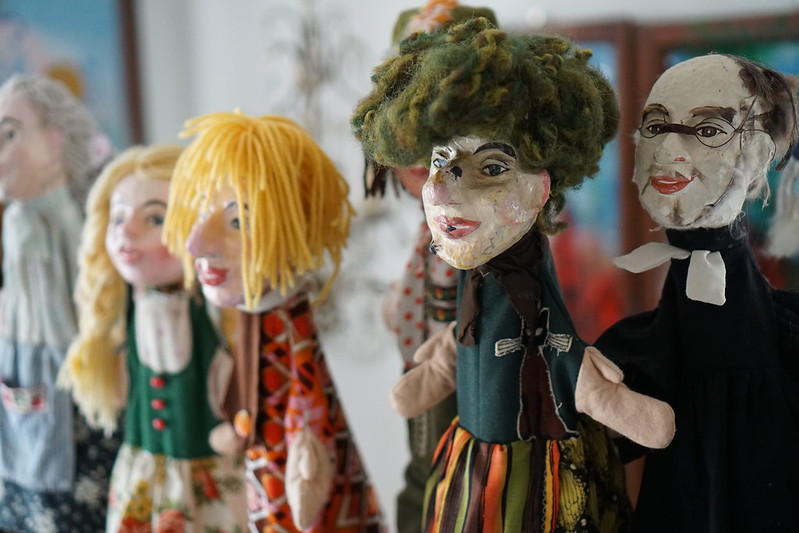 But don’t take my word (and images) for it! If you’re truly interested in not only exploring a different part of Germany but learning more about your favourite folklore, you should go to see the Fairy Tale Route for yourself! The land of enchantment and happy endings awaits you with open arms!  To learn more, watch my video chronicling what I got up to while I was there!

Have you ever been to this part of Germany?  Does it interest you?

I travelled to Germany in partnership with the German National Tourist Office and produced 5 videos in all.  Make sure to watch the whole series: 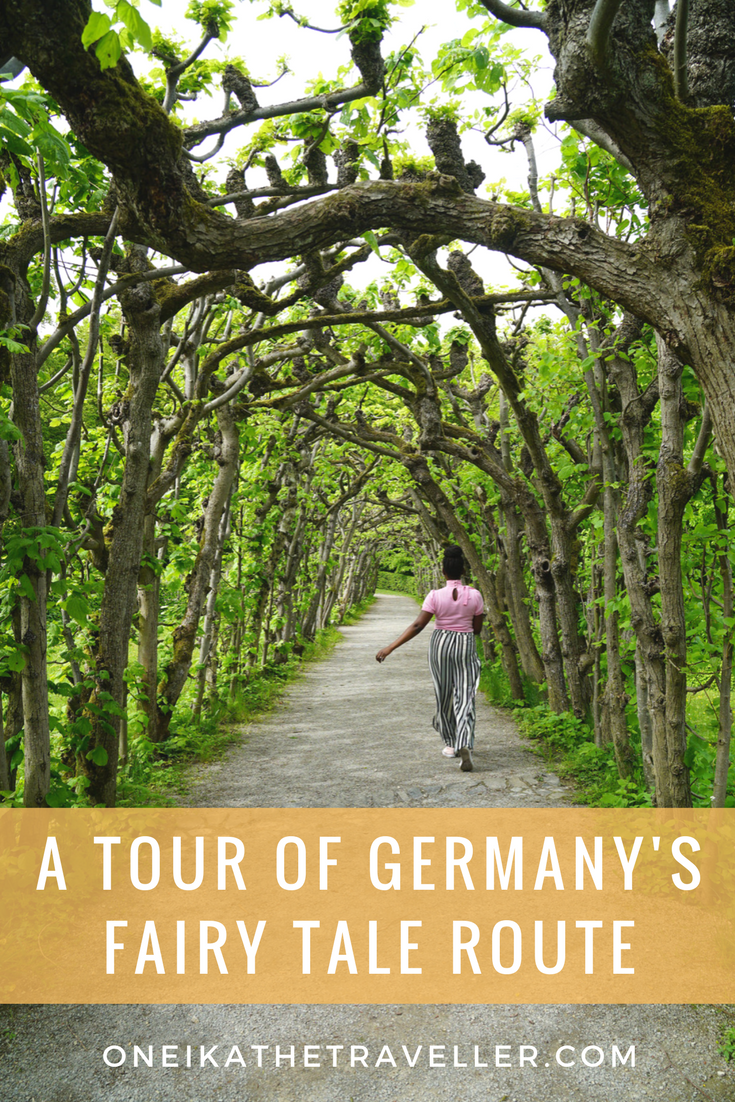