The day I ate whale 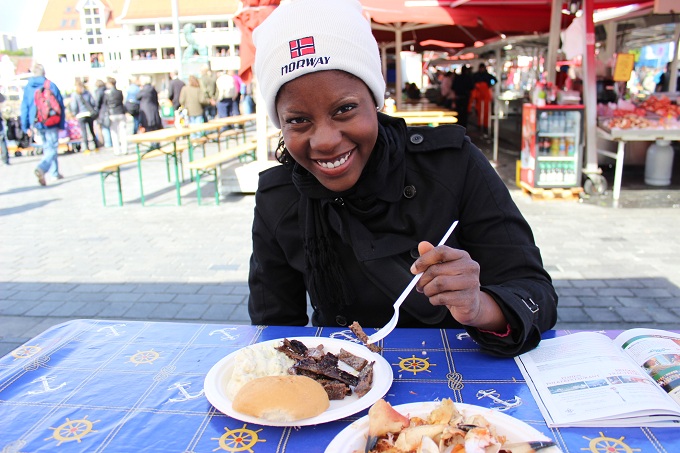 If you know me personally, or if you’ve read the post I wrote on my 7 travel truths, you’ll know this: I don’t like to experiment with food. Especially when I’m on the road. Which is why I still can’t believe that I voluntarily ate whale while in Norway.

First, a bit of background on my very particular palate: when it comes to food, this girl craves familiarity and tepid flavours. I have problems trying anything new, which is often a colossal problem when travelling.

As you can imagine, these experiences have put me off being ‘experimental’ with my food choices when I travel.

But lately, instead of throwing up, I have been throwing caution to the wind.  A great way to learn about a culture, a people, is to eat their food.

In picturesque Bergen, we worked up an appetite and strolled to the central market in order to sate it. The market is a busy place, chock full of stalls selling every type of seafood imaginable. We perused the offerings with hungry eyes and distended bellies. Sauntering past a gentleman whipping up a batch mussels in garlic sauce, I couldn’t resist. I had to have a bowl, though I warily noted that, at 70 Norwegian Kronor ($11 USD) per steaming helping, this was an expensive indulgence.  Food is frighteningly dear in Norway. 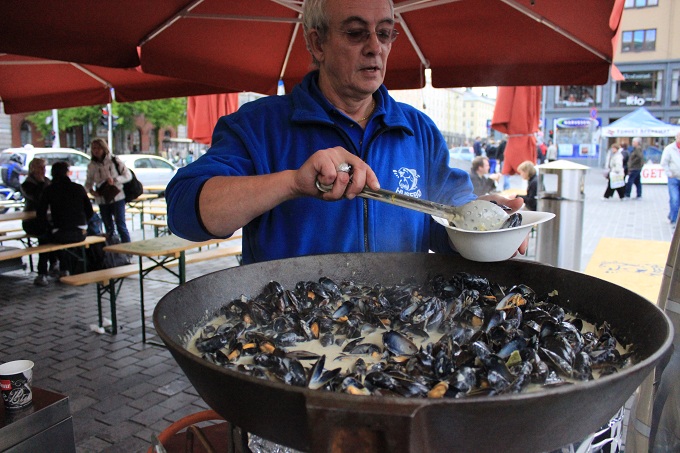 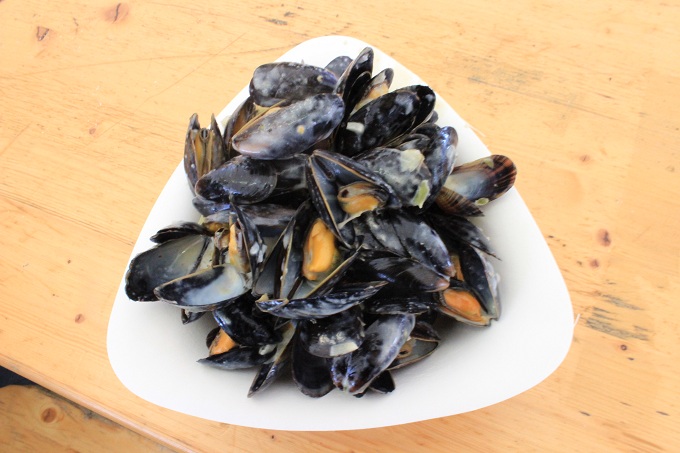 Shared between us, the mussels were consumed in short order.  Appetite whetted but not satisfied, what else could we eat?  The answer was thrilling and daunting all at once. Whale. 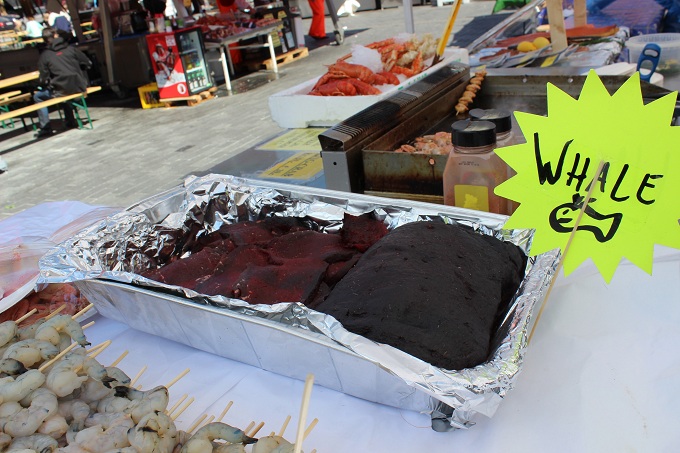 Whatever the case, Liebling, the instigator, moved to another stall not too far from where we had the mussels and ordered a plate of whale steak. I, in turn, wrinkled my nose in dismay. The vendor told us it would be a few minutes before the whale would be ready and gave us a complimentary plate of grilled crustaceans to gnaw on in the meantime. 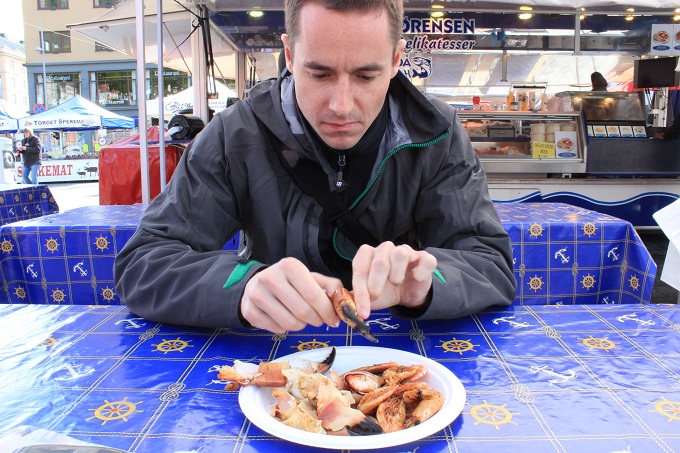 Too soon, the food arrived. To be honest, it looked like beef.  Accompanied by a roll and potato salad,  I almost forgot that it was whale. Until I tasted it, that is. 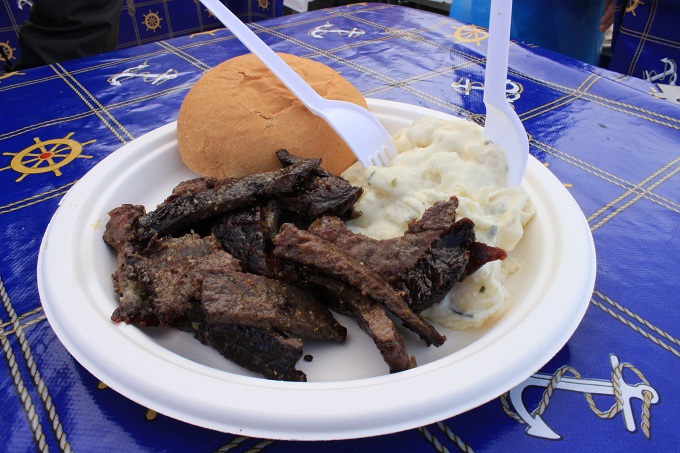 I bit into it wholeheartedly, naively, and was jolted by the shock of an indescribable flavour. The texture resembled beef but the taste was… intense.  Overpowering. Foreign.

And absolutely not to my liking.

I chewed, swallowed, and hastily stuffed my mouth with the (very tasty) potato salad in an effort to mask the taste of the whale.  Liebling agreed that the taste was like nothing he had ever had before… and then proceeded to eat his plate clean.  I’m thinking he liked it.

As for me? I came, I saw, and I tasted whale… for the first and last time.

Do you like eating foreign/exotic foods?  What the strangest thing you’ve ever eaten abroad?

Our stay in Norway was arranged by the kind folks at Visit Norway USA. As always, opinions expressed are all mine.

PrevPrevious9 reasons why low-cost airlines may not be worth it
NextFrom Israel to Jordan: Sneak PeekNext