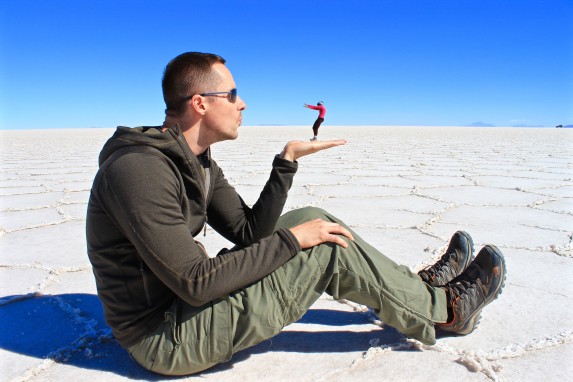 Looking to spice up your travel photos and shake up your point of view? I’ve got just the place for you…

There’s a place in Bolivia that is like nowhere you’ve ever seen.

It’s a photographer’s dream, a jumpstart for the jaded traveller, and an oasis for the wannabe geologist slash nature enthusiast.

High up in the Andes, where the air is cold and oxygen levels low, lies the Salar de Uyuni, the remains of a prehistoric lake run dry. The Salar, or the Uyuni Salt Flat, stretches for over 4,000 square miles into the nothingness, and is covered in bright-white salt whose sheen stings the eyes. 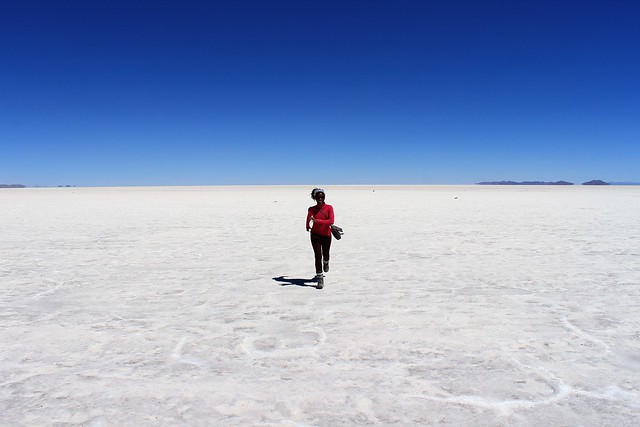 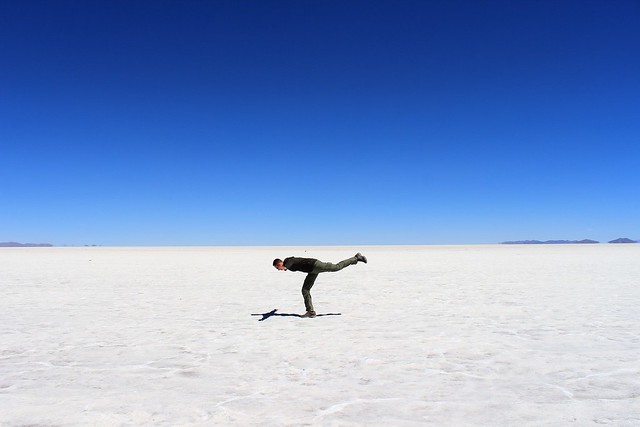 As its name indicates, it’s flat– one of the flattest places on earth. It is also one of the emptiest: in some parts there is nary a tree, mountain, or overall blemish to mar the landscape. 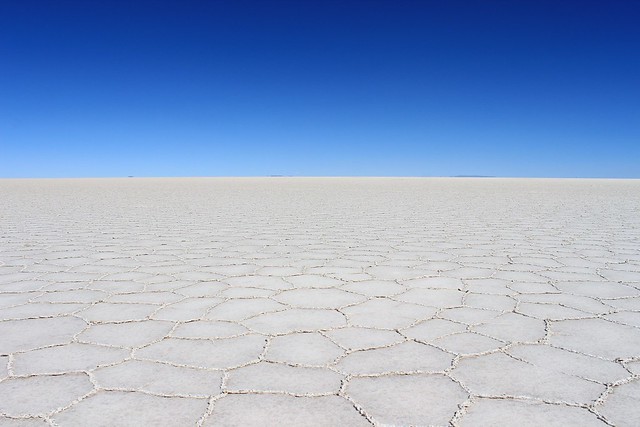 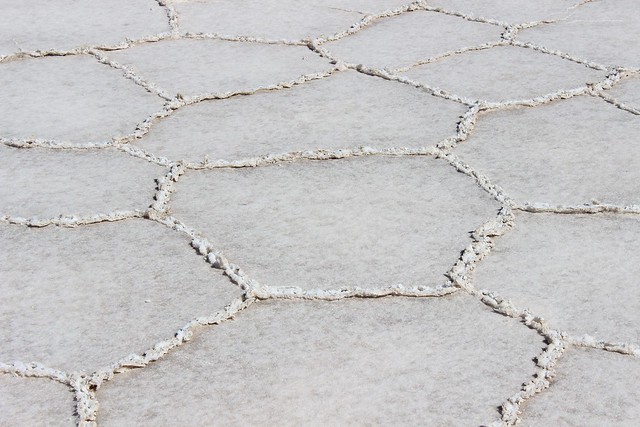 Which brings me to the reason I’m writing this post: these two factors create the perfect storm for creating wacky forced perspective photos. Because there is a lack of visual reference points in the horizon, our eyes are tricked and point of view completely skewed. 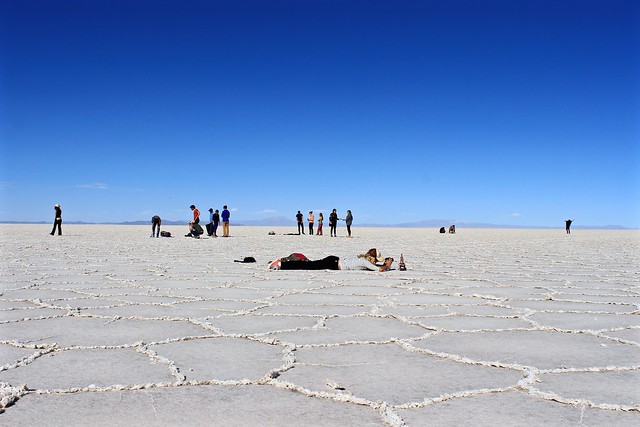 Result: a phenomenon that is weird, trippy… and ridiculously lucrative. This unique feature of the desert has become a HUGE tourist attraction that brings curious people to Bolivia from far and wide; google “Salar de Uyuni picture ideas” and you’ll see a slew of creative perspective-bending pics that will have you scratching your head and asking, “How the heck did they do that?” Because, like, for serious, this place takes “doing it for the ‘Gram” to a whole. nother. level. Kindly direct your attention to exhibit A: 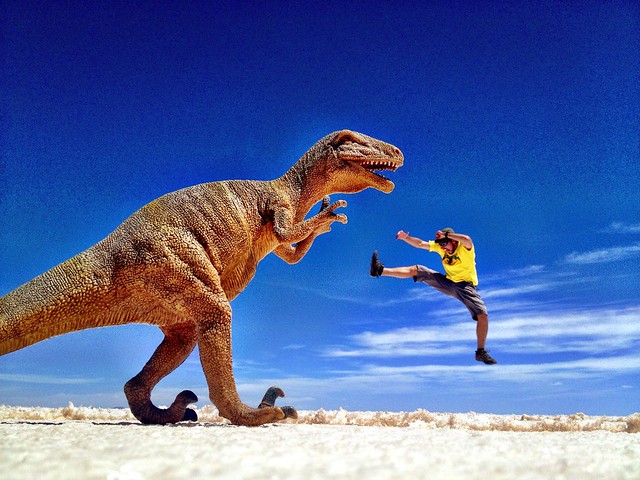 As it so happens, Liebling and I found ourselves in this crazy place during our trip to Bolivia, so had to get in some forced perspective shots ourselves (when in Bolivia, right?) Our exploration of the desert was via a  3-day, 2-night jaunt with Red Planet Tours (we paid $190 USD per person–more expensive than other operators but well worth the money) and, as you’ll see below, one of the included activities was a full 45-minute photo stop in the most barren part of the desert.  A note to the masses: staging these shots is way harder than it looks! Our very skilled tour guide Oscar helped us get some awesome snaps but after he was gone we struggled doing the rest on our own. Anyway, below are some of the best (trust me, there were lots of duds):

Cool huh? If you need proof that truth can be stranger than fiction, or simply want a new badass Facebook cover photo, add a visit to the Salar de Uyuni to your bucket list. You need to see it to believe it!

Have you ever been to the Salar de Uyuni? Which of our photos is your favourite?