Being “the Other” in India (and beyond) 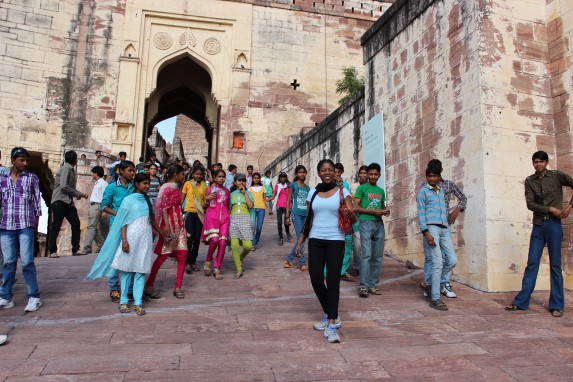 Looking different in India will get you noticed.

There aren’t many people who look like me travelling in India (my Jamaican-Canadian friend G, who is hosting me in Delhi, confirms this). Indians don’t see many black folks.  So far, when the locals lay eyes on me they stare, laugh good naturedly, and, if they are brave enough, approach me for a picture. 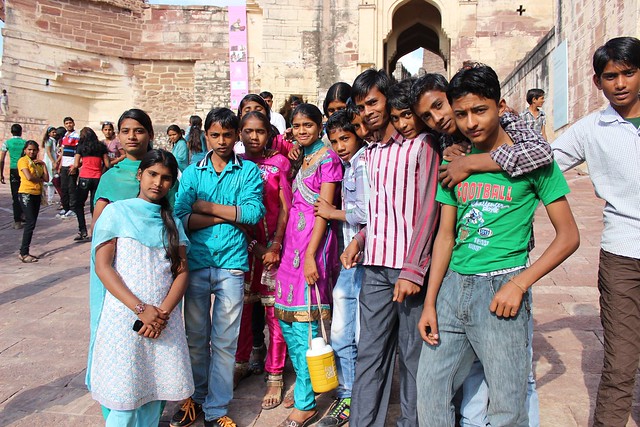 This mob of children in Jodhpur saw me taking pictures in front of the Mehrangarh Fort.  After some rapid discussion between them in what I’m guessing was Hindi, two brave souls approached me shyly, hesitantly.  I motioned for them to join me in the photo and before I knew it there was a whole crowd trying to get into the picture!  I felt a parting tug on my hair (they’ve never seen or touched anything like it!) before the gang dispersed. (Sidenote: Can you even spot me amongst the group? Funnily enough, I’m not that much darker than they are!) 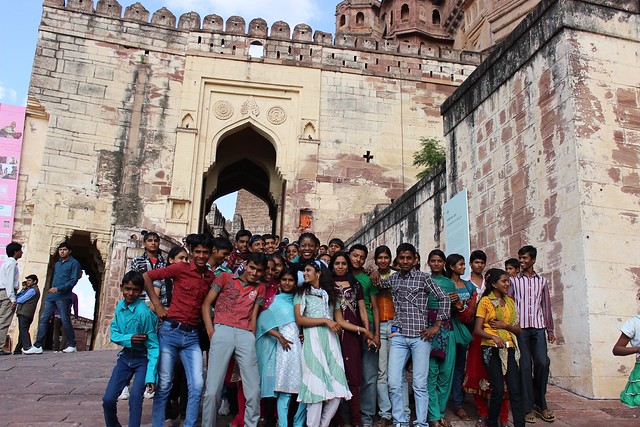 This sort of reaction is not exclusive to those of a chocolate hue, of course.   When you look different from the local population (whether it’s because of your race, hair colour, or stature), you will probably get noticed. Particularly in developing countries where inhabitants may not be  exposed to different types of people on a regular basis. In the overwhelming majority  of cases, this curiosity IS NOT hostile nor negative. In a previous post on the blog I wondered if I should be offended or annoyed that my “otherness” garners me so much attention, but I realize that in this sort of situation, curiosity is normal. In my opinion, these sorts of exchanges are a great way to connect with the local population in a foreign land. Have you ever travelled somewhere and gotten attention because of your anomalous appearance?  How have you dealt with all the extra scrutiny?