For the culture: Exploring African-American history in Savannah, Georgia | Traveling While Black 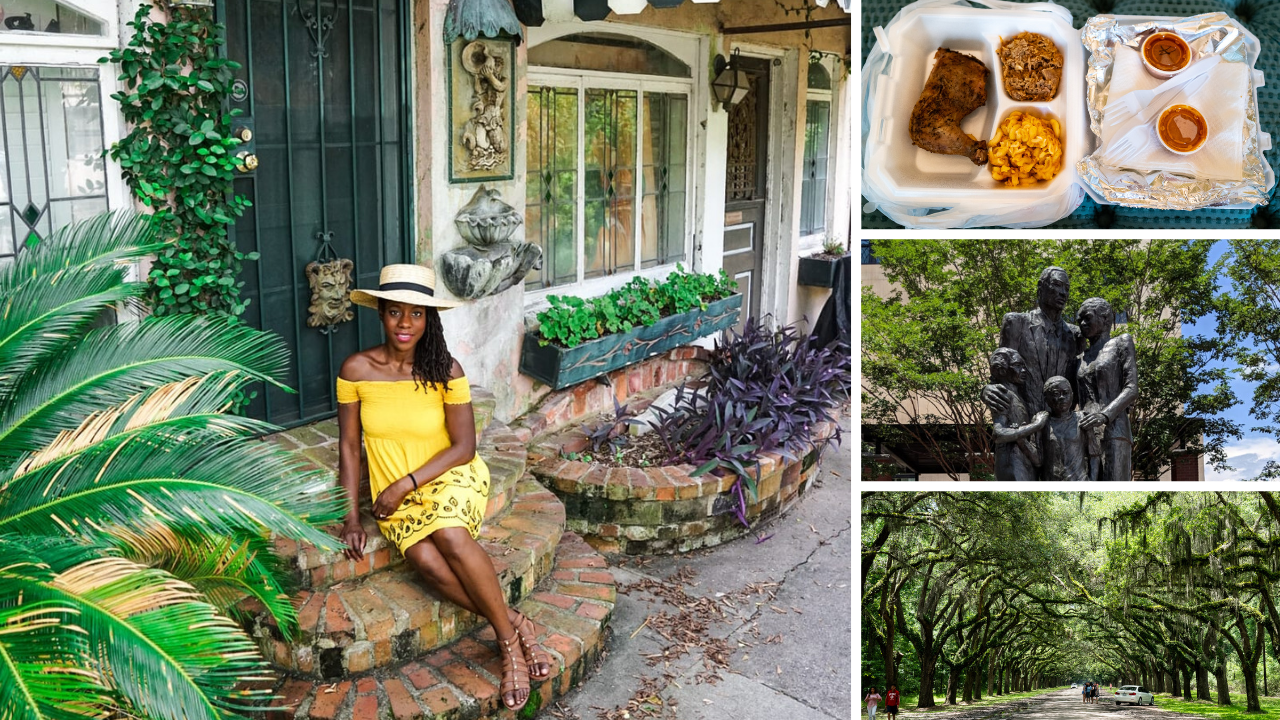 Savannah, Georgia is rich in African-American history and is SO worth exploring. Visit the following spots to learn more about black history in Savannah!

Do a quick Google search of the term “Things to do in Savannah, Georgia” and you’ll be bombarded with a cornucopia of articles that might leave you a little overwhelmed. Pages upon pages of blog posts, websites, and ad copy describe Savannah’s offerings in meticulous detail (I should know– I wrote an article with a 48-hour Savannah itinerary myself *grins sheepishly*). 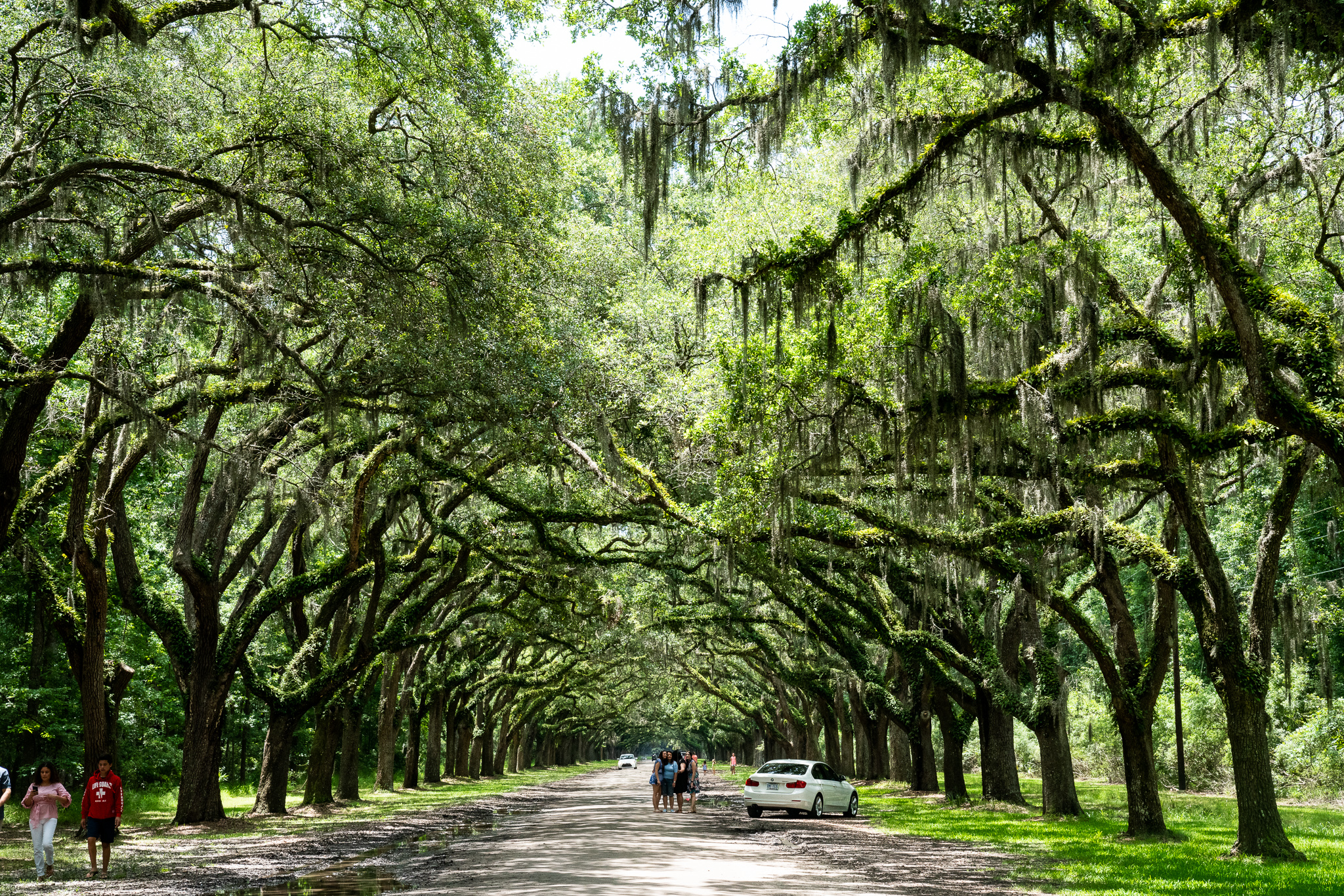 Amongst other things, they’ll tell you that MUST do a river cruise along the Savannah River in a paddleboat, that you ABSOLUTELY HAVE TO take a stroll through the historic district so you can marvel at the city’s abundant ornate architecture , and that you CAN’T MISS digging into its world renowned food scene (real talk, I don’t even have a sweet tooth but Leopold’s Ice Cream parlour can get ALL my coins). 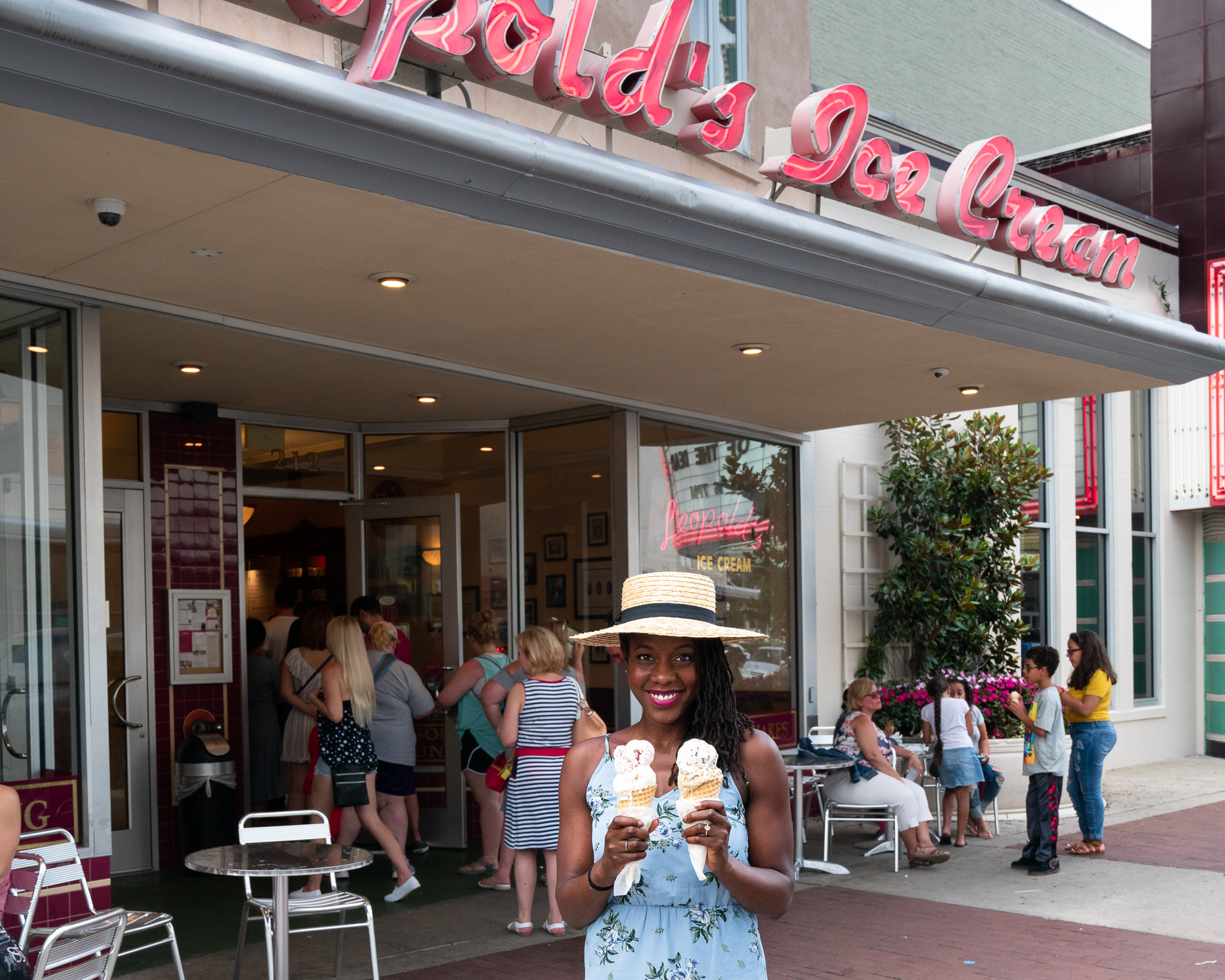 But while you totally should do those quintessential Savannah things, one aspect of the city that doesn’t get nearly as much mainstream coverage is its African-American history.  Black history in Savannah can be found everywhere! And with over 250 years of African-American heritage, and a number of museums and historic sites chronicling the legacy of the city’s black community, it’s a side of Savannah that is well worth exploring.  Don’t know where to start?  No problem, I’ve got you covered!  Without any further ado, here are a few of the most prominent sites to visit to learn more about black history in Savannah.

The most prominent homage to black history in Savannah is found on River Street. River Street, Savannah’s main drag, has a number of memorials adorning its pavements, and one of the most important is the African-American Families Monument.  The bronze and granite statue depicts a family of four standing together in an embrace after having been newly emanicipated from slavery.  While the figures are positioned to face both the Savannah River (enslaved Africans arrived to the city via this body of water) and the west coast of Africa (the starting point of the journey), their modern clothing and the broken chains at their feet symbolize a new beginning in the Americas.  This statue is said to be the one of the first monuments acknowledging the legacy and contributions of the city’s enslaved people.  The statue is inscribed with a moving quote by Maya Angelou and should be your first stop on a black history tour of Savannah. 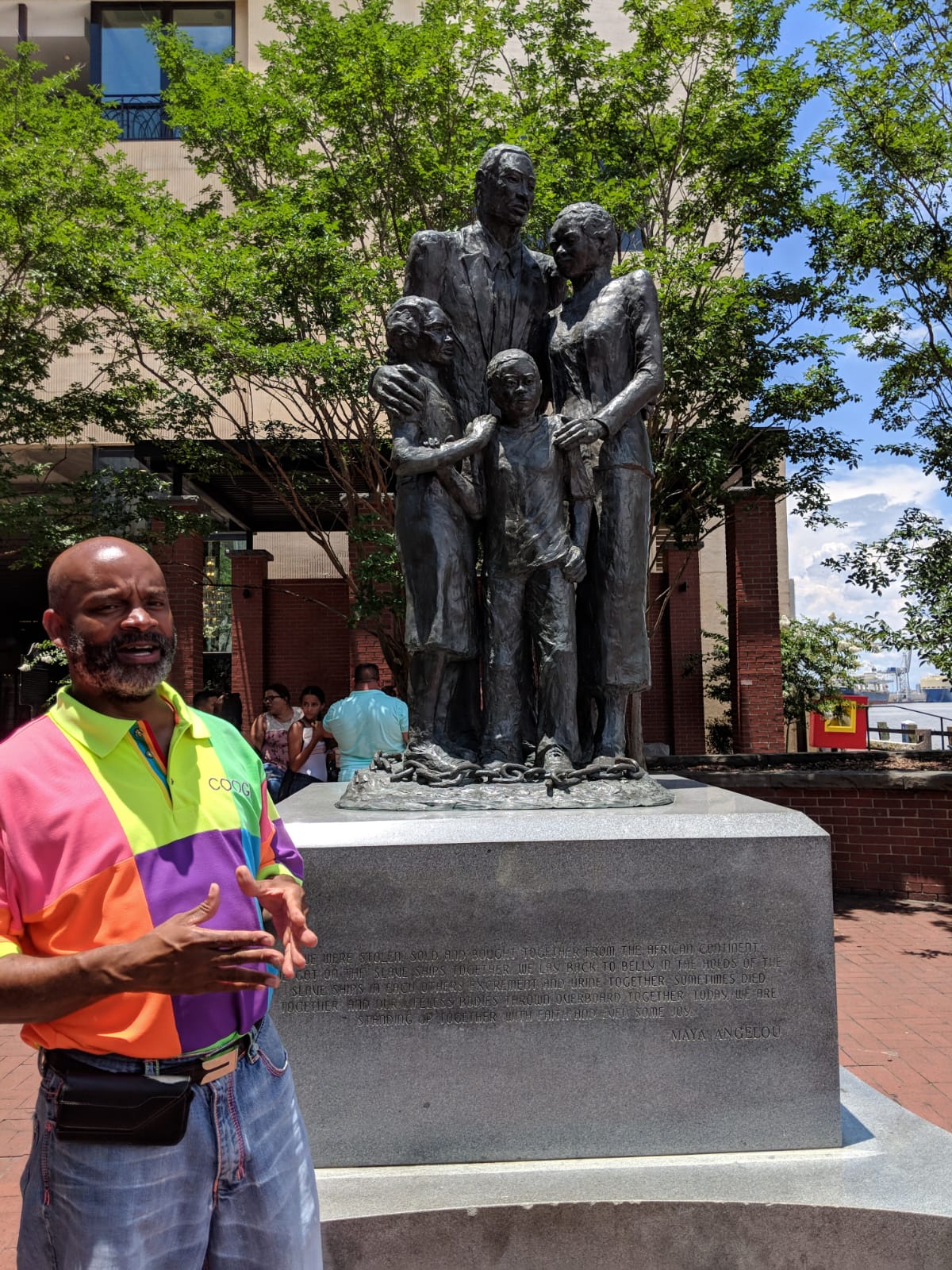 Officially constituted in 1777, the First African Baptist Church is the oldest black church in North America and a great example of how African-American history in Savannah has withstood the test of time.  Many elements from its initial construction still remain: the light fixtures, baptismal pool, and pews in the balcony are all original to the church.  There are also many other nods to Savannah’s black history.  For example, enslaved Africans made those aforementioned original pews by hand, and African prayer symbols adorn the floors and walls.  The church is a National Historic Landmark, and by all accounts, a national treasure.

Formerly known colloquially as the “Negro Ground” burial site, the southern section of the Laurel Grove Cemetery is one of the oldest black cemeteries still in use.  As a designated final resting place for enslaved and free people of colour, this part of Laurel Grove is rich in history.  The tombstones on the manicured property quietly tell abbreviated stories of those laid to rest, many of whom were noted members of Savannah’s African-American community (including several pastors and leaders in the Civil Rights Movement).  At over 90 acres in size, Laurel Grove’s “coloured section”, as it was once called, is one of the largest African-American burial grounds in the southeast. 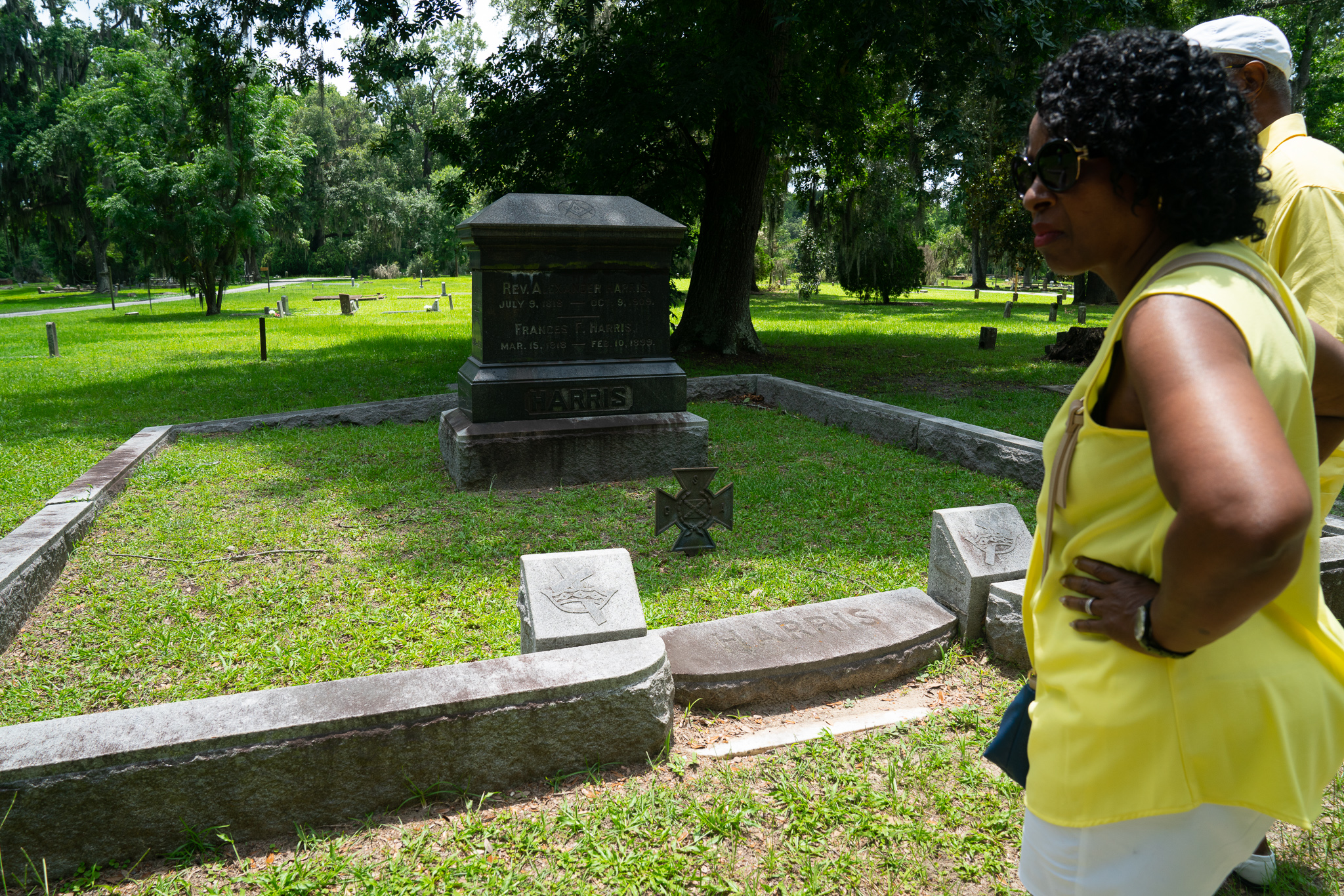 Often referred to as Georgia’s Official Civil Rights Museum, the Ralph Mark Gilbert Civil Rights Museum gives a comprehensive look into black history in Savannah from slavery to the present day.  Named for Ralph Mark Gilbert, a former president of the Savannah chapter of the NAACP, pastor at the First African Baptist Church, and Civil Rights leader, the museum chronicles Georgia’s role in the fight for equal rights in the United States.  There are three floors of interactive exhibits, photographs, and artifacts telling the events taking place up to, during, and after the Civil Rights Movement.

Exploring black history in Savannah is sure to get you hungry, so you’d do well to march yourself to this noted barbecue shop in the city’s scenic historic district.  Blink and you’ll miss it (use your GPS!), Walls’ Bar-B-Que is a bit difficult to find, but well worth the search.  The restaurant is black owned, operated, and has been a favourite of soul-food conoisseurs since 1963.  When I dropped by I had the good luck to run into owner Teresa Weston, who told me the restaurant has been in the family for three generations.  With inexpensive and exceptionally large portions, there’s no better spot to immerse yourself in Savannah’s rich African-American culture and heritage. 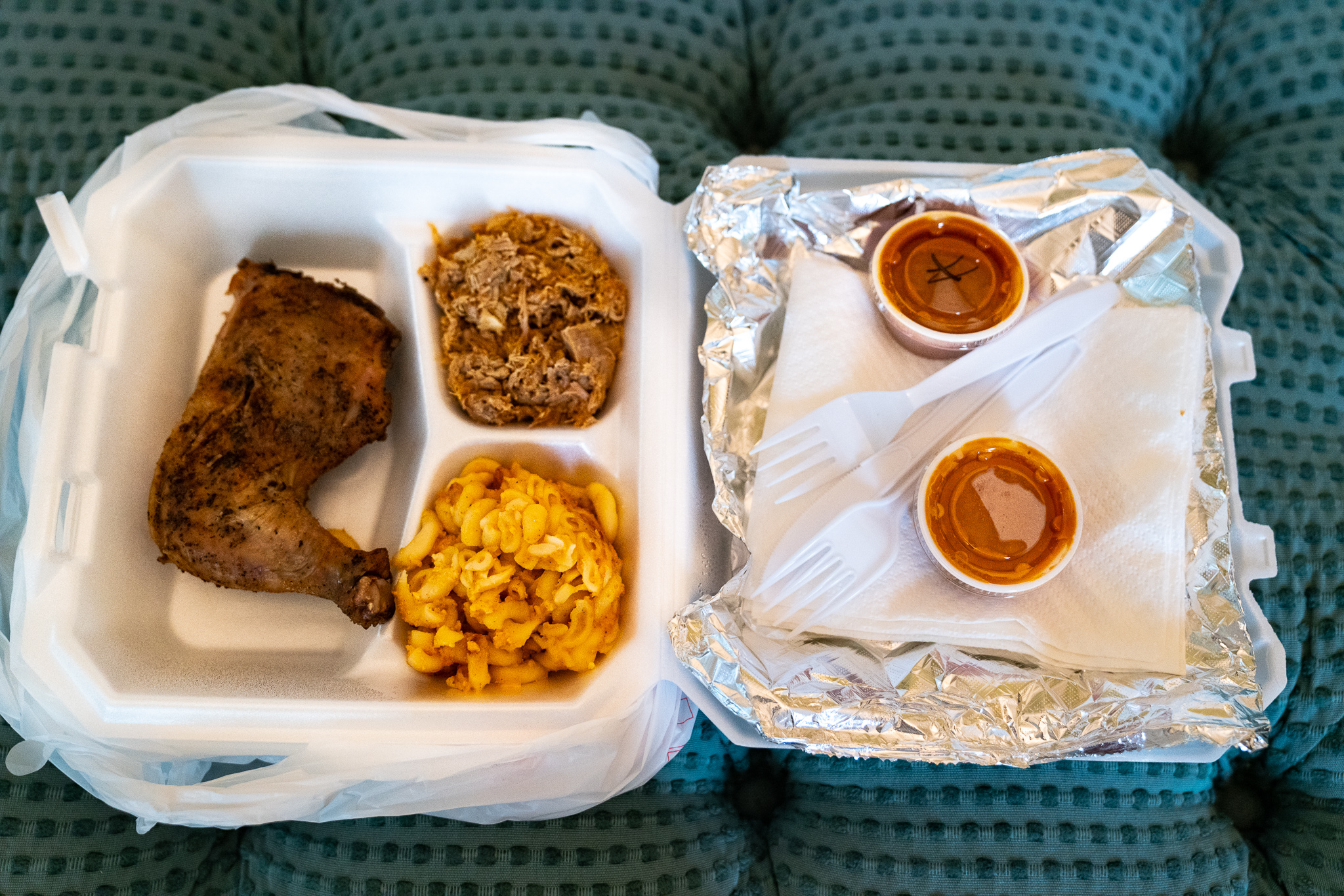 Guided tours to learn more about black history in Savannah

Got time and looking to deepen your understanding of Savannah’s African-American culture and history?  A guided tour might be right up your alley.  Here are two of the best.

The Freedom Trail Tour- This bus tour of Savannah’s black heritage is owned and operated by Johnnie Brown, an affable and knowledgeable guide with over 20 years of experience.  The tour, which visits the majority of the sights listed above and more, runs 7 days a week and departs from Savannah’s Visitors Center. Cost: $25 for adults, with discounted rates for children, students, and seniors. Length: approx. 2 hours.

Gullah Geechee Tour- This tour, run by an operator called Day Clean Journeys, also highlights the legacy of black people in Savannah. However, the tour has a specific focus on the history of the Gullah Geechee, a community of African-Americans who have their own distinct language and culture. More information on tour times, costs, and departure points can be found here.

The more I travel around the U.S., the more I realize just how important a role African-Americans play in this country’s history.  Because make no mistake– African-American history IS American history, and exploring destinations through this lens is something we should more consciously do.  Black history in Savannah is a crucial part of the city’s story, so it’s well worth delving into more deeply.

Have you ever explored the African-American roots of a place in your exploration across the U.S.? 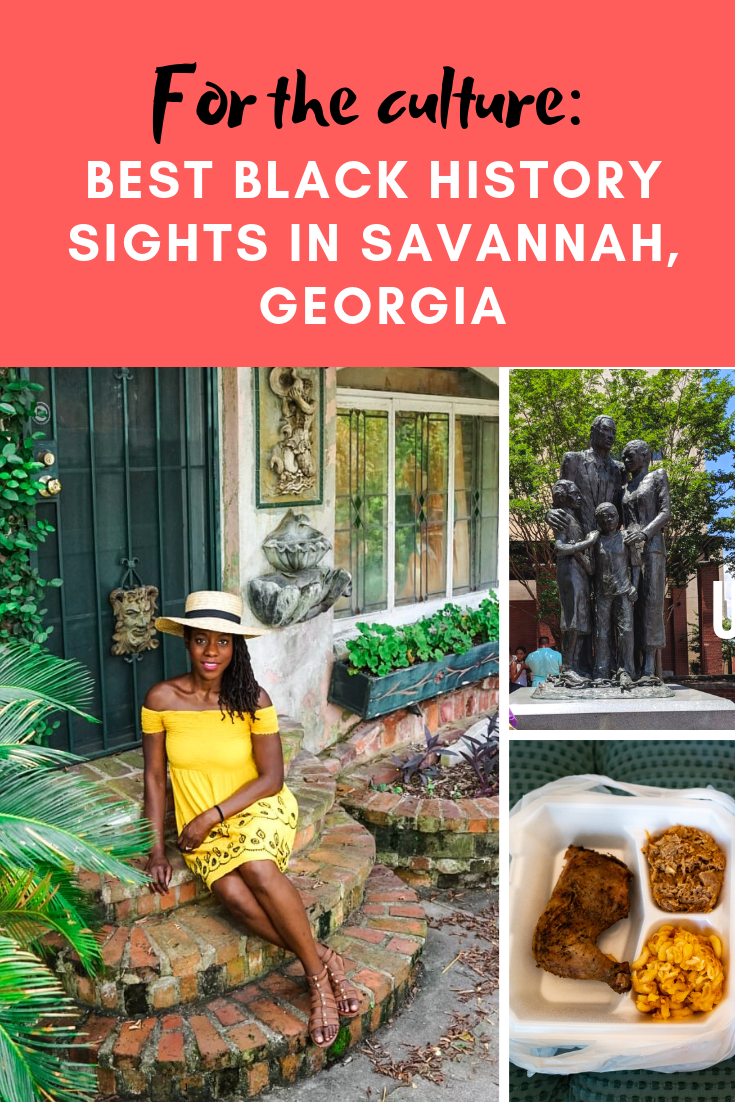 This post was produced in partnership with Visit Savannah.

PrevPreviousI’m a 2019 Chief Travel Guide for Alamo Rent A Car!
Next48 hours in Charlotte, North Carolina: How to spend two days in the Queen CityNext