For us, by us: 5 black-owned travel groups you should know about | Travelling While Black 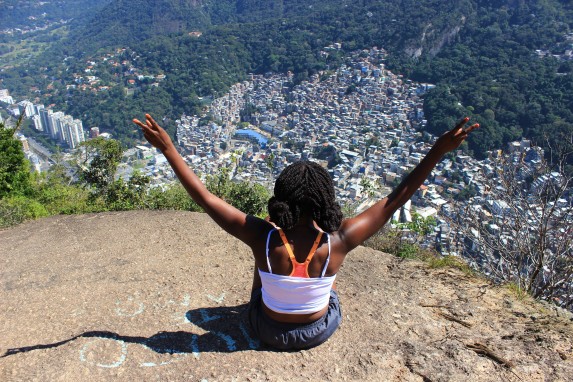 Are you a Black traveller itching to see the world? Here are five groups shaping the Black Travel Movement and showing us how different and exciting Travelling While Black can be.

As a black traveller, I’ve been very vocal about the lack of diverse faces and voices in the travel industry as a whole (see this post for one of my more detailed rants on the issue). Western travel media in particular is rife with tourism campaigns and travel shows that are practically devoid of people of colour.  To hear them tell it, black travellers are few and far between, and “travelling while black” an anomaly.

Sad as this is to witness, it’s not altogether surprising: the quintessential globetrotter has long been depicted as white.  I mean, when a simple Google search for the term “traveler” yields these images what can you really expect?

But despite not being considered or targeted in mainstream travel marketing, people of colour *are* travelling– for fun, work, education, and spiritual growth– more than ever before.

Especially African-Americans. According to the New York Times, the Mandala Research firm found that nearly one-fifth of African-Americans take one or more international trips per year, and they spend $48 billion on travel within the United States *alone*.

And with the explosion of black travel (often referred to as the “black travel movement”) has come the much-needed creation of black-owned travel startups that provide resources and support for melanin-rich voyageurs.

Could it be that travelling while black is now a “thing”? 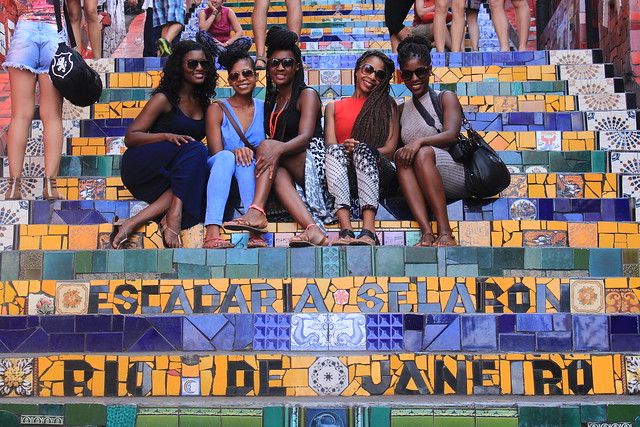 With this in mind, I’d like to feature five of my favourite black travel groups. These companies work hard to provide experiences that are tailored to a more diverse set of travellers; they change the narrative about what travellers look like and how they travel.

These companies go further than just featuring brown skin on marketing materials– they travel to lesser known “brown” destinations, and offer itineraries designed to foster integration and appreciation (rather than just observation and appropriation).

They not only make Travelling While Black look good, they make it normal and feasible.

And if that weren’t exciting enough, these five companies are all led by fierce, fearless sistas, who are as well-versed in how to run a successful business as they are in navigating foreign territory. I’m deeply honoured to know them all personally and have gleefully watched their ventures flourish over the years.

So, without any further ado, here are five black-owned travel startups you should know about:

The brand: One part web-series, one part online travel community, the Nomadness umbrella was one of the first of its kind. Over 15,000 members strong and anchored by a popping Facebook group, Nomadness is a one-stop shop for the urban traveller looking to see the world by any means necessary. Members can chat travel and trade tips on the forum, arrange international meetups, participate in group trips, and rock branded merchandise that identify them as part of what is affectionally known as “Tribe”. While adherents may be hardcore in their pursuit of passport stamps, they are also so close-knit that the unofficial tagline of the group has become “Family by Choice”. 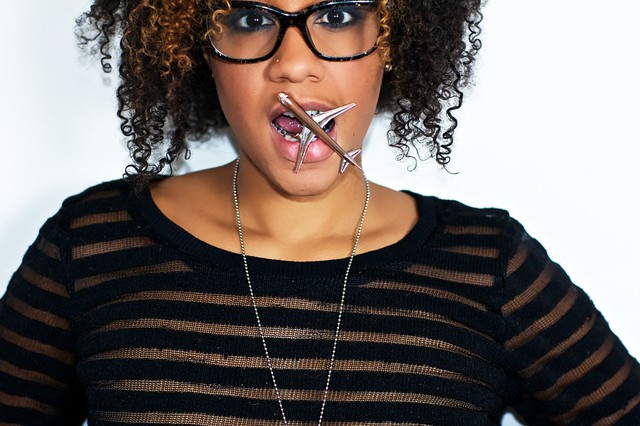 The leader: Plucky Evita Turquoise Robinson is as vibrant as her middle name suggests. A native of New York, she’s a born hustler and innovator– she initially started NomadnessTV as a way to record her experiences living in Japan, France, and Thailand and show other black people that they could travel too. She is also the brainchild behind NMDN ALTERnative Travel Conference, the first ever travel conference geared towards urban travellers. (Shameless plug: I spoke at a panel about travel blogging there!)

How to join: Tribe hopefuls can apply to join the group on Facebook by searching for Nomadness Travel Tribe on the site.

The brand: A self-proclaimed “upscale travel company dedicated to social adventures”,  Up in the Air Life specializes in creating lifestyle experiences for working professionals who enjoy the finer things in life. While this travel tour company’s online forum explicitly states that it’s open to all travellers, its owners and employees are all people of colour, and its tour offerings (which boast jaunts to places like Haiti, Brazil, and Colombia) are skewed toward locations that comprise the African diaspora. Members (known as Lifers) are wanderers who not only explore the world in style but live life to the fullest. 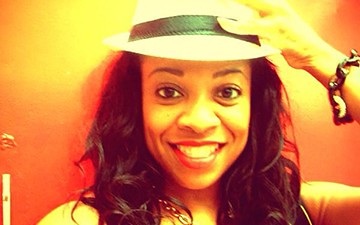 The leader: Software sales rep and travel enthusiast Claire Soares is an adventurer at heart: I first met her in London (where she flew, on a whim, for 48 hours from the U.S.) then in Madrid, Spain (the day before she ran with the bulls in nearby Pamplona).  Affable and fun, Claire’s zeal for life and knack for planning group trips for family and friends prompted her to found UITAL.

The brand: Bucket List Beasts is the startup that takes adventure travel to another level.  Offering adrenaline- filled experiences that push the envelope (and the limits of your sanity), the emphasis is on living each day as if it were your last. Members post pictures of themselves bungee jumping, shark diving, and drinking shots of cobra blood to the group’s online forum, and go on hosted trips to extreme destinations as far flung as Antarctica. Like surprises? Last year the enterprise hosted a mystery trip to Easter Island where attendees had no clue where they were going until they got to the airport. If you’re looking for a group that will excite you and challenge you to break out of your comfort zone, this is it. 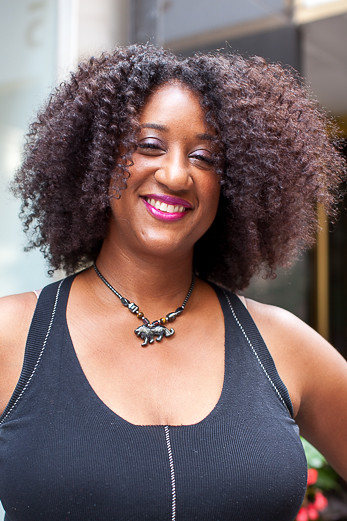 The leader: It’s not hard to see why Sonjia Mackey is known as “Lioness” to her friends and acquaintances.  After all, she embodies her feline counterpart in every sense of the word: she’s a fearless bosslady with a competitive streak. Carpe diem personified, Sonjia has travelled to all 7 continents, done the world’s highest bungee jump in Macau, and swum with crocodiles. If it’s extreme, Sonjia has done it, and would like to inspire you to do it, too.

How to join: Search for the Bucket Lists Beasts group on Facebook.

The brand: With features in major media outlets like CBS, The New York Times, and TIME Magazine, Travel Noire is the little startup that could. Now a huge digital platform dedicated to making travel more inclusive, Travel Noire’s slick Instagram feed (which has amassed an impressive 340,000 followers) was one of the first to share a steady stream of real travellers of colour interacting with jawdropping foreign backdrops.  The message is loud and clear: not only do we travel, but we look darn good doing it. Artisanally crafted group experiences and travel education are at the core of the company’s mission– group trips to places like Bali are offered alongside online seminars teaching newbies the art of travel hacking. 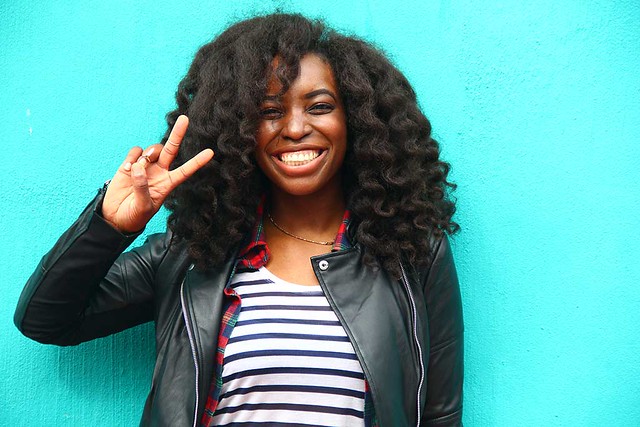 The leader: Zim Ugochukwu is a visionary, wise beyond her years, and used to thinking outside the box. At 19, she cloned a gene and was the youngest precinct judge for the state of North Carolina, and this year she was included in Forbes’ prestigious 30 under 30 list.  Despite these heady accolades, she radiates light and humility– something I couldn’t fail to notice when we both served as travel experts on Toyota’s digital campaign for the 2016 Avalon.

How to join: Go to Travel Noire’s website to find information for upcoming excursions as well as details for how to join their online community #TNDistrict.

Tastemakers (for the black traveller who has Africa on their mind)

The brand: This company’s slogan is bold but sets the tone for its mission: jetsetters are encouraged to “Travel Africa, Skip Mediocre”. With bespoke itineraries promoting immersive experiences in less-touristed places like Senegal, Rwanda, and Ghana, Tastemakers Africa is changing global perceptions about travel to the continent. It also has a mobile app that links curious travellers to unique cultural experiences from Cairo to Cape Town and Addis Ababa to Accra. At the forefront of the movement to use technology to empower people of colour to see more of the world, this insider’s guide to experiences in the Motherland is perfect for the traveller who wants to scratch beneath the surface. 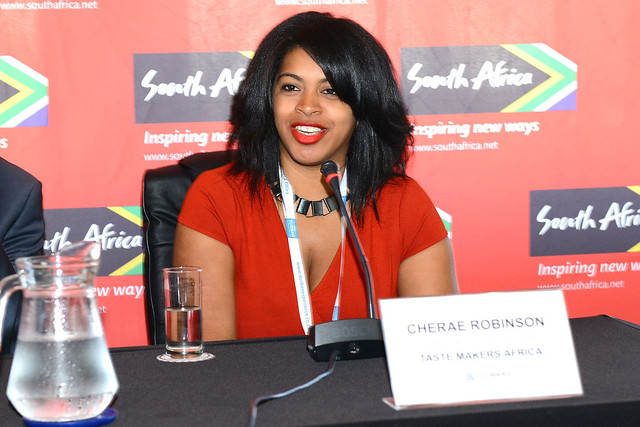 The leader: Cherae Robinson has gone where few (wo)men have gone before in her quest to encourage more millenials to travel to Africa. This tenacious entrepreneur has worn many hats in her professional tenure (she has expertise in fundraising, media, and international development) and her work with humanitarian and public health agencies like the CDC, WHO, and CARE means that her resume reads a bit like an ad for alphabet soup. This superwoman, cited as one of the 10 Women to Watch by the United Nations, responds to the demands of a rapidly growing startup with aplomb.

The Takeaway- Travelling While Black is totally a thing!

Bottom line: The Black Travel Movement is growing at a spectacular rate and being shaped by groups like the ones highlighted above. Spread the word!

Are you part of any of these black travel groups?  Any other good ones that I’ve missed? And what do you think of the whole “Travelling While Black” phenomenon? 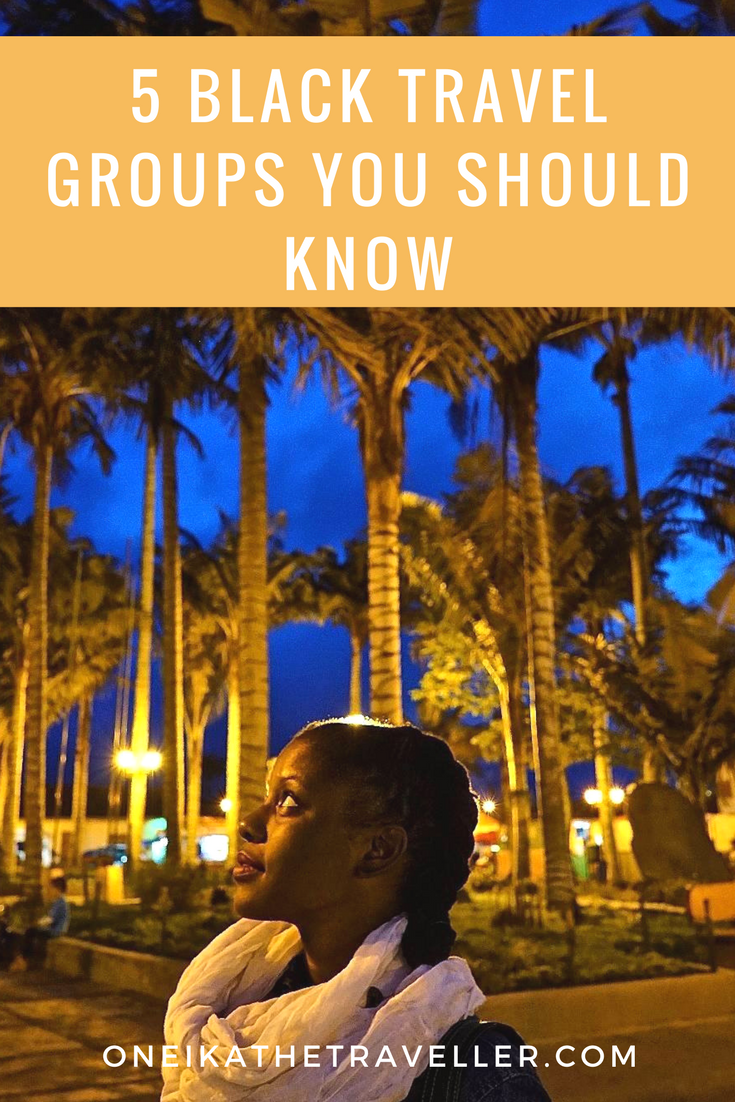 PrevPrevious9 Tips for Solo Travel if You’re a Girl
NextWelcome to Jamrock: Scenes from Jamaica via InstagramNext