3 reasons I keep going back to Italy 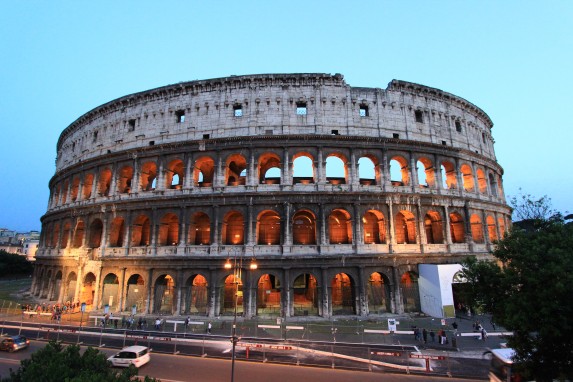 3 reasons I travel to Italy again and again.

So if you read my recent post about my spring and summer travels, you’ll know that not only am I heading to Italy next week, I’m super excited about it.  I’ll be visiting Venice, and it’ll be my 7th time in the country.

Yep, you read that correctly, my SEVENTH time in Italy. 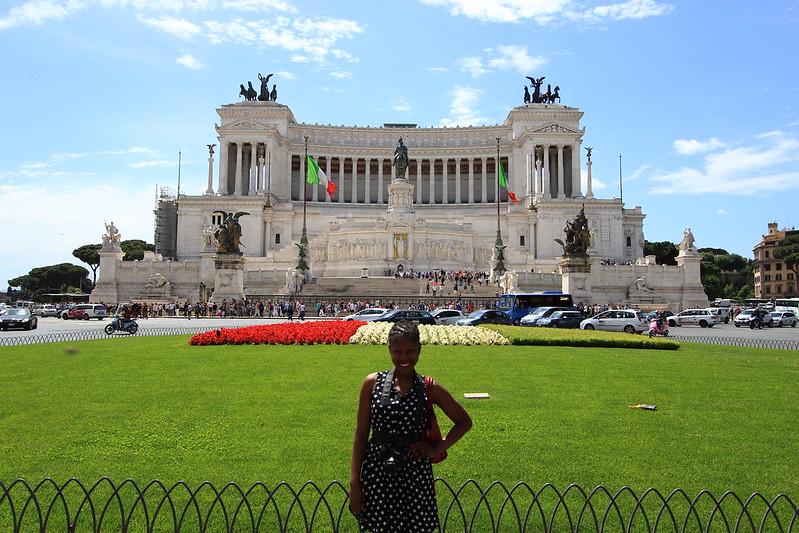 You see, I’m a bit of a “repeat offender” when it comes to travelling.  As much as I enjoy discovering new countries, I take great pleasure in revisiting old favourites.

With certain places, there’s a level of familiarity and comfortability that makes me return again and again.

However, some connections are more obvious than others.  Take France and Germany, two countries I’ve been to so many times I’ve lost count (maybe 35+ total visits over the years?!?) I used to live in France and and we go to see Liebling’s family in Germany often, so naturally I’m predisposed to feeling at home in both.

But I have no such affiliation to Italy– I really just love the place! Here are three reasons I keep going back: 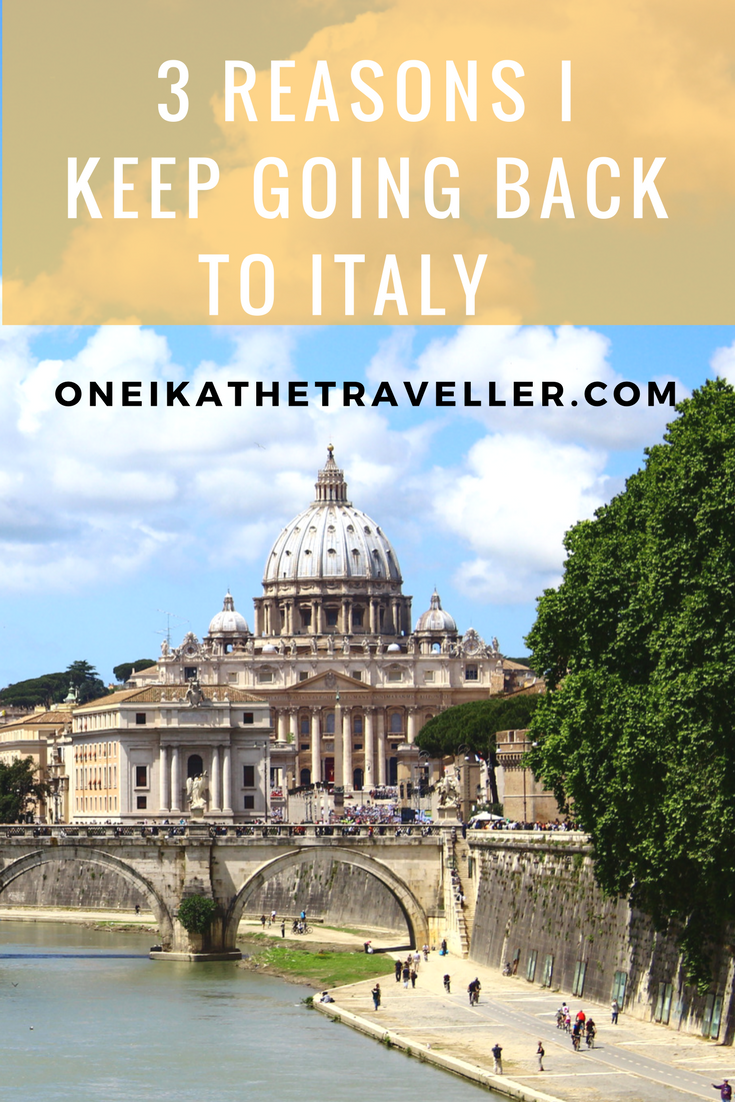 Italy has ornate architecture and cobblestone streets.   The landscapes are breathtaking and the colours vibrant.  Even without trying, Italy is a feast for the eyes, the cities living, breathing museums that cost nothing to walk through.  I mean, I’m a sucker for stunning visuals and the country has them in spades! 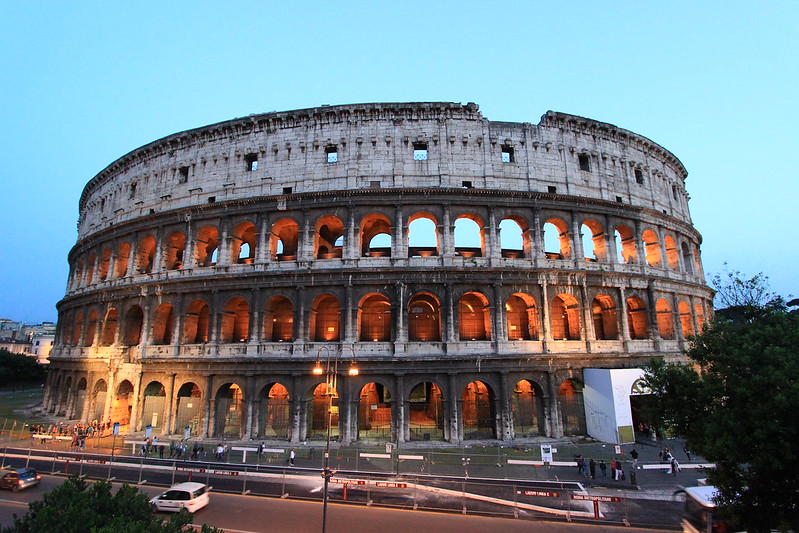 One of my fave spots for gorgeous vistas is the island of Capri, which I’ve been to twice.  Between the Blue Grotto, the Faraglioni rock formation, and scenic chair lift ride up to the summit of Monte Solaro, my camera didn’t leave my hands…

There’s so much to see and explore

Even though I’ve been to Italy six times before I’ve barely scratched the surface–  the 20 regions that make up “The Boot” basically feel like different countries due to the nuances in their art, food, history, and language.  Case in point,  the towns along the Amalfi Coast feel and look totally different from Rome, despite only being a few hours away by car: Positano has a more “tropical” feel due to its colourful houses perched precariously on the steep, craggy shores of the Mediterranean.  And while I’ve been to Rome, Naples, Milan, the Amalfi Coast, Capri, and Bologna, I still haven’t made it to other well-known cities like Venice (though I’ll finally be able to check it off next week!) or Florence. 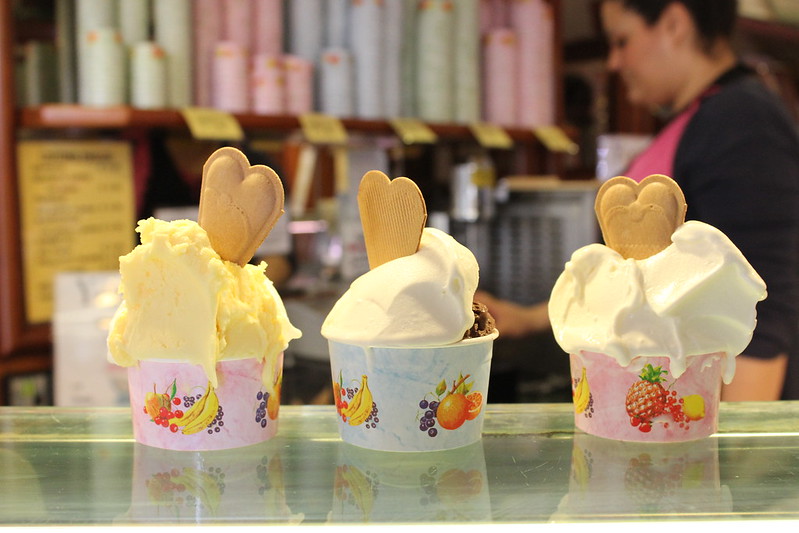 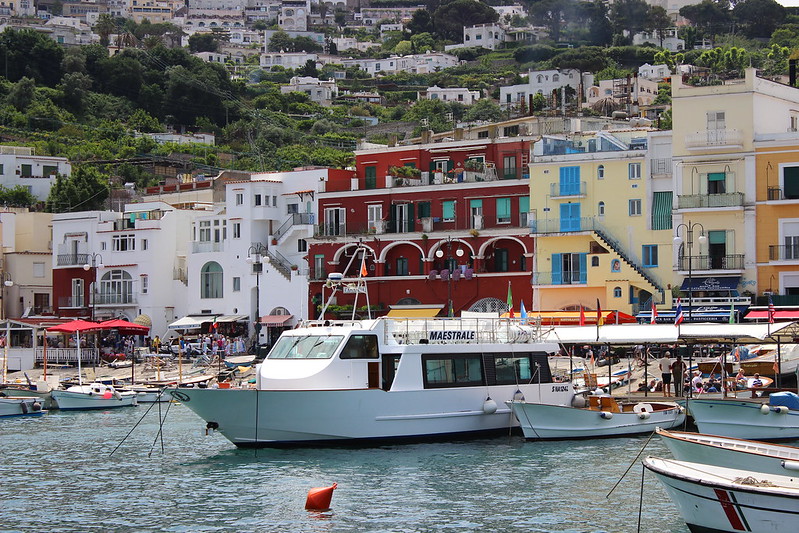 Florence, in particular, is a HUGE travel oversight of mine, especially because I love beautiful cities and it’s said to have the most eye candy in all the country.  And of course, seeing Michelangelo’s David in all his glory is a motivator, too… 😉  When I finally make it over, I’ll be sure to lay my head at the newly renovated Hotel Lungarno, which was closed for six months but is reopening at the beginning of June. Steps from the world-renowned Uffizi Gallery, this refurbished property has spacious rooms (a number of which have killer views of the River Arno and Ponte Vecchio), private terraces, and a Michelin-starred restaurant. Its amazing location makes it a great base from which to explore this historic city!

The language is sexy as heck

Full disclosure: I’m kind of a language nerd.  I speak four of them with varying fluency (English, French, Spanish, and German) and know key words and phrases in a smattering of others, like Chinese (chalk it up to living in Hong Kong for five years).  Given this, when I travel I pay particular attention to the way locals talk and attempt to use the target language in social settings– it’s so much fun! 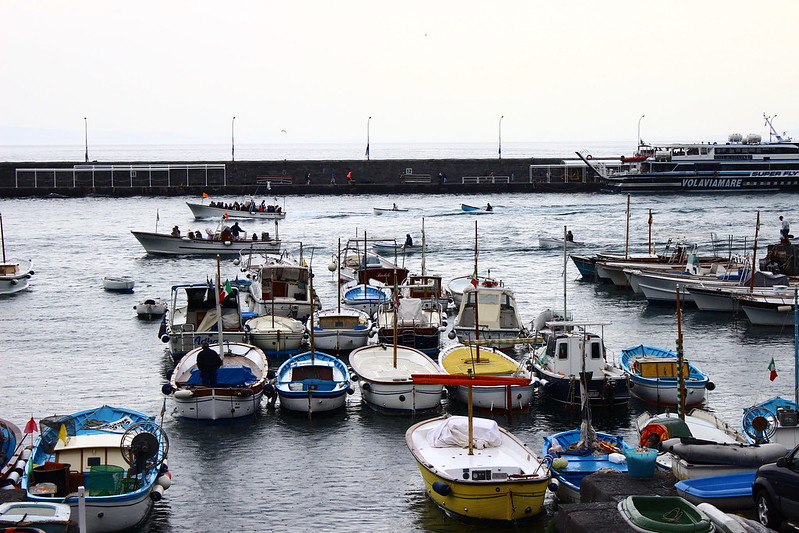 But I digress.  What I really wanted to say is that the Italian language is sexy. I love the cadence and the easy way it rolls off the tongue.  I love its melody and the way Italians use their hands when they talk.  And moreover, from a non-native speaker standpoint, I love that Italian is fairly easy to pronounce and spell (there are no silent letters like in French!) It’s no coincidence that Italian is part of Romance languages because it’s definitely romantic!

Very excited to head back to Italy for the SEVENTH time and already thinking about where I’ll go for my 8th visit!

Have you ever been to Italy?  What’s your favourite part?

This post was written in collaboration with the Lugarno Collection.